Don’t think of your job search as finding a jobs in the automotive industry. That’s too broad and won’t help you get focused. Think of it as finding a job you’d want anyway that happens to be centered around cars.

Once you decide on what kind of work you want to be doing, you got to have a plan or at least a goal in mind. It’s okay if you don’t have an entire timeline laid out. I don’t really either, but if you don’t at least have an idea of where you want to end up, you run the risk of falling into a rut with a job you don’t really love, and I don’t want that for you.

Jobs in the Automotive Industry

You’re also going to be learning perhaps the most valuable knowledge of knowing how the company operates and integrating into that company culture. From a warehouse position, you can probably work your way into the sales department, where you can focus on either retail or wholesale, selling directly to customers versus selling to other businesses.

The cool thing about sales is that you don’t need specialized technical training. You just need to be good with people, and if you show interest in that sort of work, your employer will probably train you in it, and that doesn’t just go for sales. Say you think you have good ideas for products, and your employer does too. It’s likely they’ll show you how to develop those skills if you show you have the drive to learn.

Let’s move on to a more obvious way to work around cars, working at a dealership. The most well-known car job besides mechanic is probably car salesman, but there are plenty of jobs at a dealership that require little experience and that you probably didn’t know you could get paid to do. You could work inside a dealership answering phones for their business development center. You can work in the back office handling DMV paperwork. Some dealerships are so big that they need someone just to move cars around the lot and shuttle customers around town. They usually call this position a porter.

You can also work in dealership finance, but that does take a bit of previous experience. Okay, so what if you actually want to work with the inventory? You can get your foot in the door detailing the cars, making them all nice and shiny before they leave the lot. If you’re handy with a camera and have a portfolio to prove it, you can work in a dealership’s photography department.

Many luxury car dealers need someone to shoot cars in their onsite studios because their inventory is constantly shifting. Then of course, there’s car sales itself, which does require experience. Some states require a license to become a car sales rep, but the dealership would probably help you get that and train you for the job if you already work for them.

Let’s talk about racing jobs. It is possible to get paid for racing, just probably not how you expect. Very, very few people actually get paid to be behind the wheel. Short of top tier series like Formula 1, the NASCAR Cup series and Indy Car, not a lot of drivers get paid to drive. In fact, a lot of drivers pay to drive. We actually talked about that a few weeks ago. Still, you can have a career in racing. It is about automotive industry jobs. If you have question, you still can comment.

What to Consider when Choosing Rental Exotic Car 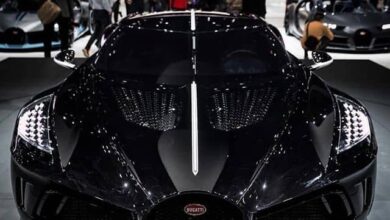 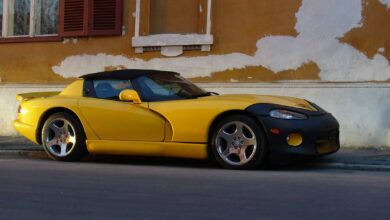