Buying yourself an expensive and luxurious ride is probably one of your purposes. Well, I actually, too, want a fancy ride for my own. So, I can show it up to my friends and relatives. But I don’t need it since it is not efficient to drive a sports car in a tropical country. Well, I would still consider buying if I moved to a different country with 4 seasons. If you’re asking me which brand is the best, well, they are the best, in their own way. So it is hard to decide. So, because of that, in this article, we will talk about top luxury car brands.

Who doesn’t know Lambo in these modern days? Everyone knows Lambo. No wonder why Lambo is one of the most targeted luxury cars by the rich. From the name, we all knew that Lamborghini is an Italian name, and it is definitely an Italian automotive brand.

Their first product was released in 1960. But, after some fixing and making some adjustments with the comforts, Lamborghini released their car again in 1966. There are a lot of compliments because of that.

In 1998, Lamborghini was sold to Audi, a subsidiary company of Group Volkswagen. From this point, the sellings of Lamborghini increased from 10 times more in 2000. Lambo reached the top record of sellings in 2007 and 2008. Two of their famous products are the Lamborghini Aventador and Lamborghini Gallardo.

Porsche is a German automotive brand. Their creations are really expensive, fancy, and luxurious. The first time I know anything about this brand is from a game. Need For Speed – Most Wanted is really fun to play during my childhood. With Porsche, I managed to reach Blacklist 2 in the game.

Just like Lambo, Ferrari is also an Italian brand. You could say that Ferrari and Lamborghini are rivals in this part. There are many sports cars that Ferrari made.

Ferrari was established in 1929. We can say that Ferrari is one of the oldest companies in the automotive world. It is also the one who has the longest history in the races, including Formula 1 races. The driver, Michael Schumacher, won as the world champion 7 times.

Rolls-Royce was founded in England in 1906 by two different companies, one owned by Charles Stewart Rolls, and the other one is Sir Frederick Henry Royce. Both companies established a partnership relationship in 1904. Rolls-Royce is definitely the most top among the top luxury car brands in the world.

The first time I know stuff about Rolls-Royce was actually from a parody movie called Johnny English. You could say that it is a James Bond parody. Well, James Bond movies have some Rolls-Royce cars too, though. Until now, Rolls-Royce is still called the world’s most expensive car.

There are still a lot of top luxury car brands in the world. For example, Chevrolet, which is identical to its yellow with black-striped cars, Bumblebee from the Transformer, and there are still many more. 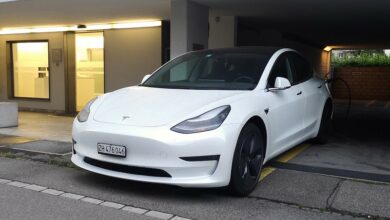